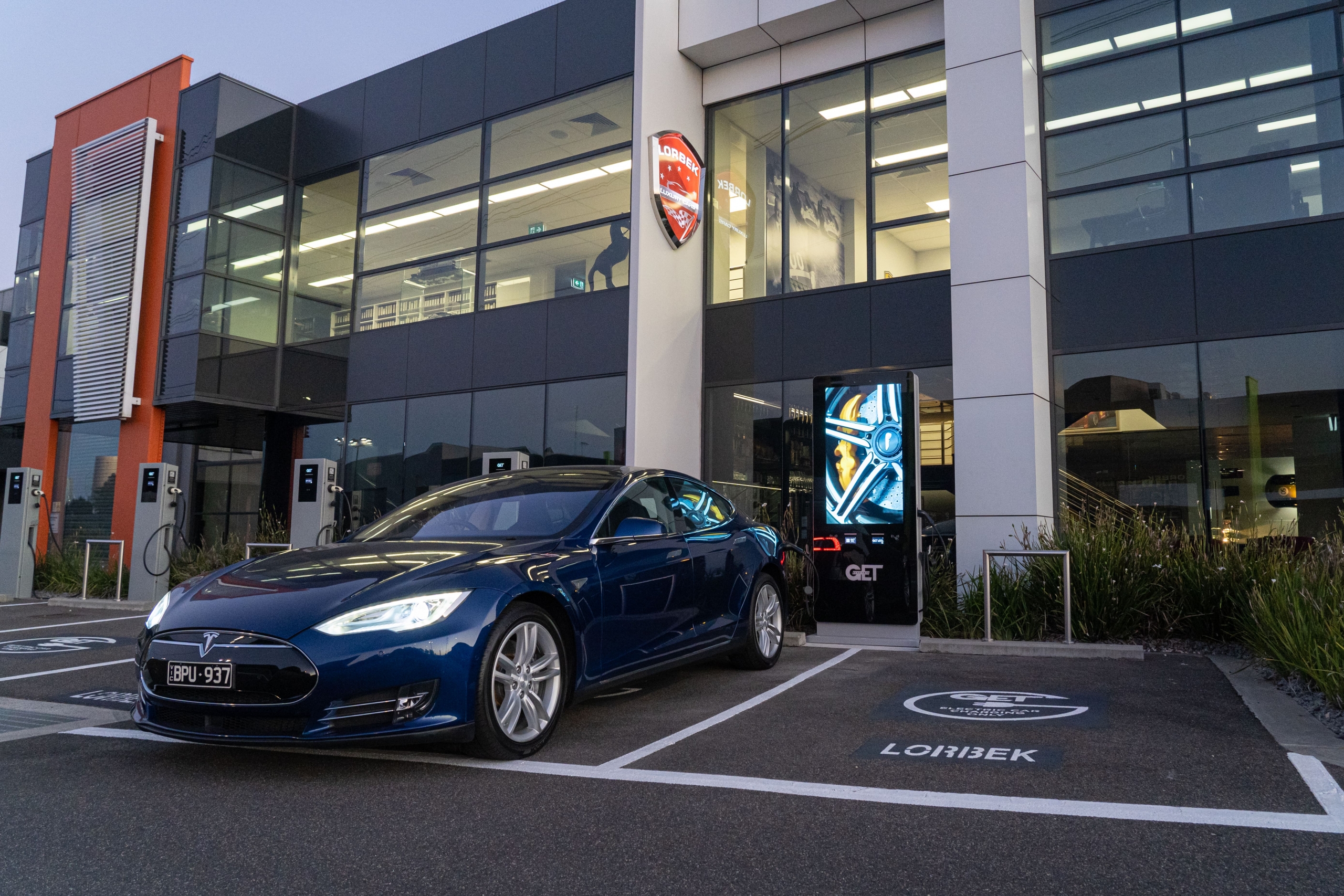 A new state-of-the-art Video Charging Unit, capable of charging two electric vehicles simultaneously, has been unveiled by Australia’s leading provider and installer of EV charging stations and technology, GET Electric.

According to GET Electric Executive Chairman and Founder, Srecko Lorbek, the new unit’s ability to display high resolution images and video makes it especially suited to high-traffic locations where advertisers can reach captive and transient audiences.

“This is one of the most technically and visually impressive EV chargers ever introduced in Australia, and with the video capability it can potentially pay for itself with advertising able to be broadcast through the units to a wide audience,” Lorbek said.

“The benefits of having chargers like this on-site, which can quickly and efficiently service two car parks from the one charging unit are enormous.”

As one of Australia’s leading suppliers and installers of EV charging station for residential and commercial applications, GET Electric’s mission is to make EV charging more accessible and convenient.

“With Australia’s share of electric vehicles expected to increase to 1.7 million within the next decade, GET Electric welcomes any measure that supports the proliferation and uptake of EVs,” said Lorbek.

“Electric Vehicles are no longer the future – they are today’s reality. Which is why is essential that our cities and towns gear up for the rapid uptake of EVs by installing public and private charging infrastructure to keep pace with the expected exponential growth in the EV market.

Recognising that electricity cannot be given away forever, GET Electric chargers are supported by a proprietary user pays app that allows charging station providers to recover charging costs.
Looking ahead, GET Electric will be bringing even more single and double bowser charging units to the market to ensure Victoria does not get left behind by the rest of the world in one of the most significant transportations in transport.

Electric Car Maintenance – Is It As Expensive As We Think?